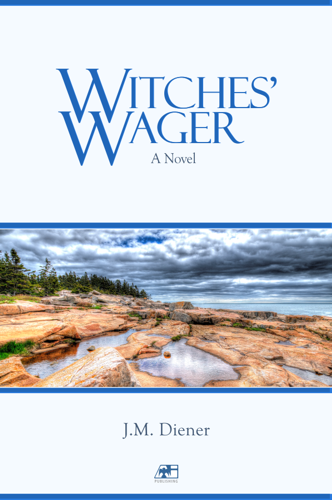 A Mermaid … A Vampire … An Empress

The town of Southall is under attack by sinister forces as three modern-day witches battle to see who is the greatest. A woman vanishes and returns as a mermaid. A vampire attacks young women, sowing fear and mistrust. And a girl child is taken to awaken an evil force long-forgotten. As the police and private citizens look for answers, the invisible world intersects with the visible and those who stand on the side of the One God must arise for battle.

A real-world Christian fantasy for adults, Witches’ Wager tells a tale of darkness and light, magic and science, fear and faith.

Originally published under the title The Wager using the pen name Josh Malcolm, Witches’ Wager has been revised expanded.

Hawke AI Publishing built the ePub that is the foundation for the Kindle Edition as well as the PDF document that resulted in the Paperback Edition.