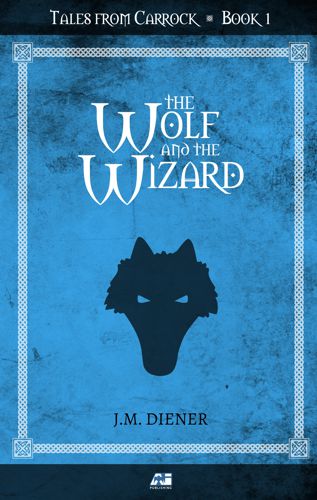 The Land of Carrock is in disarray!

The young lord, Dylan, has vanished and Alick the Wizard has seized the throne. His mercenaries terrorize the people. Peasants are enslaved and sold for Alick’s enrichment. The Genry who stand against Alick are mercilessly persecuted. Transformed into a wolf by his nemesis, Dylan á Carrock watches from the shadows, unable to rescue his lands until he finds the key to his disenchantment, which is held by a mysterious Scholar. Dylan seeks help from his beloved Tabea and her cousin Stev, a traveling merchant, but time is running out as Dylan’s human mind battles against his animal instincts. If he does not hurry, the Wolf will overwhelm him and all hope for Carrock will be lost.

Hawke AI Publishing did the cover design and layout for the book, then built the ePub that is the foundation for the Kindle Edition as well as the PDF document that resulted in the Paperback Edition.